(Textiles Education and Research in Europe)

The History of TEXERE

The Association of TEXERE resulted from the first ever European conference for people involved in Textiles Education at all levels in 1990 in Kehl, Germany. It was organised by the German association Fachverband Textilunterricht, who had invited over 600 representatives of schools and universities from all over Europe. As a result, a group of us decided to form a European textiles teaching association. After meetings in Gothenberg and Helsinki we finally formed the group TEXERE, Textiles Education and Research in Europe, which included textiles education research which is important in Scandinavian countries.

After that we held a conference in a different country each year. See our website www.texere.u-net.dk for the list. We have not only had presentations and exhibitions about textiles education and research at each meeting, but we have also visited educational establishments at every level, from primary schools up to university level. Visits were also made to textiles factories to experience the latest developments in textile production in Europe, exhibitions, textile artists’ studios and museums.

Beatrijs Sterk invited us to become a Textiles Education Working Group within ETN and to take part in the ETN conference in London in 2007. At our AGM in London we agreed to do this and the Speaker, Patricia Christy, spoke about TEXERE to the conference. She was voted onto the Board of ETN during their AGM. As a result we became a world wide organisation with several new members from Africa, Canada, USA, Taiwan and Eastern Europe as well as Europe.

It is the only organisation for international textile teachers for every level of education from Primary School to University level and also for Adult Education and Textile Artists who give textile workshops for adults and schools, all working together equally.

It has facilitated many exchange programmes between educational establishments at every level, either under European funded schemes or through private arrangements. Taking part in conferences and exchanges around Europe has broadened our experience and knowledge, which not only benefits the teachers but also the teaching of our students. We publish newsletters 3 times a year, some of which can be read on our website

Our exhibition at the Kaunas Biennial shows a variety of work from members, their education groups and textile art groups at every level from Austria, Cyprus, England, Ireland, Italy, Netherlands and USA. 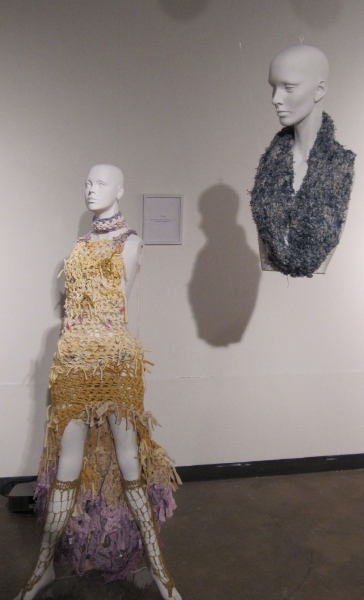 One Response to TEXERE