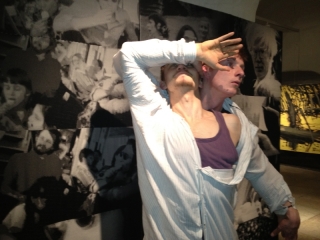 The exhibition REWIND HISTORY questions the understanding of textile as a genre of reproduction that has been formed in art history. Curator Rasa Andriušytė-Žukienė was invited for a difficult challenge, which was to organize an exhibition, the technological decision (works made with a computerized Jacquard loom) and theme (historical perspective) of which had already been dictated by the biennial’s organizers. She highlighted the aspect of reproduction (which is inseparable from both the history of tapestry in Western Europe from the 17th century to the 20th century and Jacquard weaving technology) as the foundation of creative interpretations at the exhibition. She asked textile artists that are currently active what Lithuanian artists and works have had an impact on their creative decisions, or are simply remarkable or had become visual icons. She selected a collection from the works mentioned by the artists, which then became a subjective (textile) Lithuanian art history of the 20th and 21st century. At the exhibition will see works interpreted through textile from Liudas Truikys, Viktoras Petravičius, Rimvidas Jankauskas-Kampas, Marija Teresė Rožanskaitė, Igoris Piekuras, Kazimiera Zimblytė, Sofija Veiverytė, Albertas Veščiūnas, Jonas Mekas, Eglė Velaniškytė, Aušra Andziulytė, Vilmantas Marcinkevičius, Šarūnas Sauka, Laura Garbštienė,  Aleksas Andriuškevičius,  Audronė Petrašiūnaitė, Pranas Griušys, and Jonas Gasiūnas, whose painting strokes, video scenes or grooves are trapped in knots of thread.

No one is proposing an analogy or exactness between the originals and their textile versions at the exhibition. On the contrary, the result reveals the tangible and color differences between the thread and paint or colors of a video scene that determine the differences of visual reality and confusion of aesthetic senses. Along with the above-mentioned levels of ideas, yet another aspects reveals itself at the exhibition, which is the dialogue between the works (highlighted by the curator in the foreward). The exhibition will be particularly powerful for Lithuanian art experts, who have the experience of the influence of the original works, which is why they will unconsciously compare the weaved images with the originals. For foreign guests, and those who will visit the exhibition in Estonia and Portugal in 2012, a special educational program will be organized along with a dance performance (with our partner Kaunas Aura Theatre), which will reveal Lithuania’s strategies for professional textile art through a reflection upon Lithuanian art history.

Artists Monika Žaltauskaitė-Grašienė and Daiva Zubrienė weaved works for this exhibition at the companies Audėjas (Lithuania) and Ekelund (Sweden). 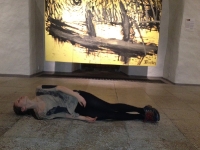 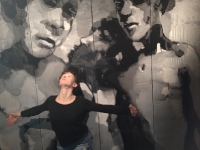 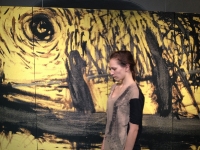 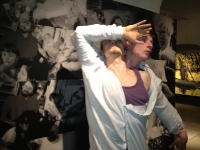 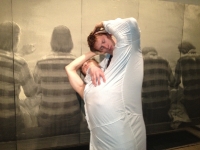 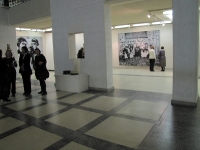 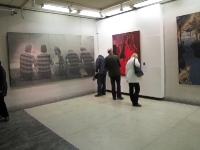 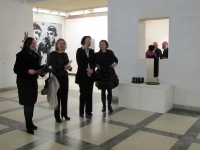 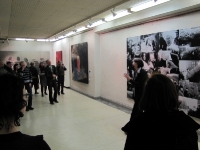 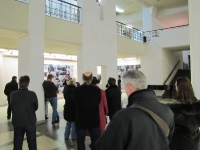 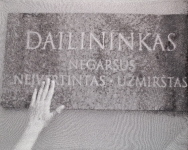 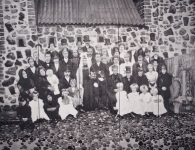