The Friendly Zone #6. Cabbage Field project seeks to create conditions to voice concerns of civil society, and nurture the community as a producer of a better quality of life. It is about building the capacity to act for the growth and development of all people in the neighbourhood. 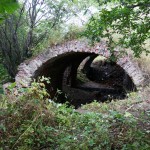 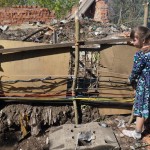 It is a site specific land reclamation process in a 13,000 square metres derelict and contaminated site in Šančiai neighbourhood. The land was build as an army baracks in the 19th century, used as a military base during Soviet occupation, and has remained abandoned since the Independence of the Republic of Lithuania.  During the last two decades it has become a wastland and a danger to local users, e.g. children, passers-by and people living close by. Local people do not believe in their own power to claim this site and they mistrust official authorities. The cultural heritage is falling into decline, and, with it, the indigenous culture of place.

For over a year Gelūnienė and Carroll worked on the Cabbage Field with other collaborators. They had engaged the users of the site, collected their stories and visions, explored the potency of the ground and the needs of different groups of people. Over the last summer they have cleared and cleaned one of three military storage units.

They are seeking a small scale physical transformation that will change the image and perception of the site from the negative and hopeless into a promising, creative community development space.

Gelūnienė and Carroll work in collaboration with others in the area of community culture. Their practice is durational, involves artistic research and engages publics in spaces where community, culture and politics collide.