FROM AGORA TO SYNTAGMA

FROM AGORA TO SYNTAGMA 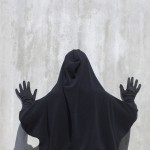 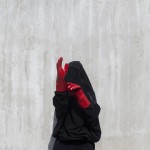 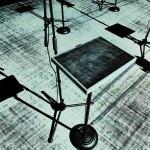 According to network theory, in marketing, information science or politics, weak ties enable access to populations and audiences that are not accessible via strong ties. The concept originates from Mark Granovetter’s paper “Network Theory Revisited – The Strength of Weak Ties”, written in 1969. He argues that not only will the individuals with few weak ties be deprived of information from distant parts of the social system, confined to the provincial news and views of their close friends, but any momentum created without weak ties, does not spread beyond the clique.
AGORA is the space where the strength of the ties is explored within the artistic collaboration process. What is enabling and what is disabling their creation? Is it an attempt to build a new product together or to reconstruct already existing individual works into elements which may be negotiated without pressure to ensure the safety of anyone’s existing position? Are the outcomes influenced by rational “economic” exchanges, or by the pre-existing social ties? Are these relations between individuals and collectives embedded in actual social networks or can they exist as idealized abstracts?
For an artistic assembly consisting of different social dynamics and different elements to be exchanged among them, meet at the AGORA with the task of making these networks and ties visible.

A place to meet, a place to exchange, a place to offer. A place where artistic ideas will start to communicate with each other. A place where history and future bump into each other, creating presence. A place where five artists, coming from different fields such as music, media art, architecture and textile art, will show their very individual approaches of artistic expression, but at the same time will spin threads to create a common ground. How will we find and express this common ground?
That‘s the process. That’s the challenge.

This presentation reveals examples of architectural transformations and reuse of textile factories located at the very core of the urban fabric. These transitional changes were brought on by various forms of social and economic turmoil regarding primarily the ongoing privatization, followed by the imminent introduction of new relevant stakeholders. The takeover of factories that occurred during the privatization process has initiated changes in the basic/fundamental purpose of these manufacturing functions.The local textile production is no longer lucrative and the corresponding factory infrastructure has altered its assignment, shifting from secondary production activities into tertiary services: offices, shops and hotels. Space occupation, concrete constructions and possibly the façades (if protected) are marked as valuable and thus preserved, while the production structure, accompanying machinery and concurrent workplaces are marked as unimportant and are thus removed as redundant.
Zdravko Krasić is an architect and urban planner also associated with Children’s Room, urbanizam.net and Urbane Tehnike, different formations within the group of visionary architects from Zagreb interested in analytic processes of mapping and sampling of local phenomena. 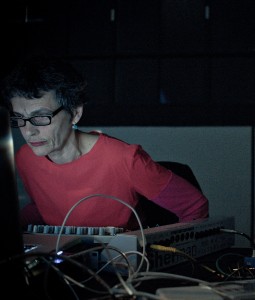 Elisabeth Schimana has been working as a composer, performer and radio artist since 1983. Her work concentrated for many years on space / body / electronics. In 2005 she founded the IMA Institute for Media Archeology in Hainburg/Austria.

An extraordinary piece of fashion created on thinking about hiding and showing identity in a digital society. Barbara Raad is an MA student in Textile and Fashion Design (Zagreb). She has started several brands to produce clothing, costumes and backpacks. She exhibits her work regularly in fashion shows and collaborates with media artists on installation works and performances.

Lightune.G is the name under which multimedia artist Bojan Gagić and electroacoustic engineer Miodrag Gladović started their first luminoacoustic research in 2011. The name originates from the first experiment in conversion of light produced by theatre spotlights into sound: LIGHT / LIGHT + MELODY / TUNE + TONE G/~50Hz. It is a unique and self-developed technique, which they named luminoacoustics, and for which LIGHTUNE.G won the Third Prize at the Guthman New Musical Instrument Competition in Atlanta, in 2012.
Bojan Gagić is a multimedia artist working internationally in the sphere of sound art and field recordings, in parallel to working as a technical director for theatre, film and music festivals, and publishing his poetry. He is the co-founder of the Zagreb platform for new sound expressions Sinelinea.
Miodrag Gladović is an engineer in electroacoustics, musician, music producer and multimedia artist. As a musician he is heavily involved in the underground music scene. Based on DIY ethics, Gladović co-founded the independent record label Moonlee Records.