A CABINET “IN MEMORY OF ELEONORA” 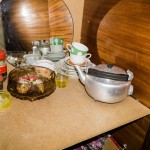 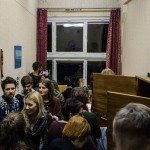 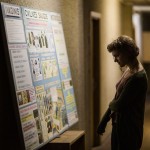 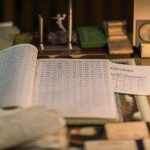 Eleonora Grašienė was a chemist and a worker at the 50th Anniversary October Revolution Dirbtinis pluoštas factory. Women who were inventors and innovators played an important part in the Soviet political system. Women had to work to advance the Lithuanian economy, achieve high productivity, participate in social activities, actively take part in extracurricular activities and sports, bring up children, look after the household, be good housewives, gracious and beautiful. Such were our women, mothers, who were educated under the Soviet rule, and even now they surprise us with their abilities. For 23 years now, this lady, mother, has no longer been with us. The cabinet-museum is where time stands still. There is a sense that a few decades ago this woman was working here, and that she stood up from her chair in the laboratory and left, leaving behind objects frozen in time.