By the end of project NETWORKED ENCOUNTERS (2015- 2016) co-funded by EU Creative Europe, the partners Kaunas Biennial, LAB 582, Crafts Council and Arte&Arte are happy to share with you all 4 publications online. Paper books are also available via e-mail order. 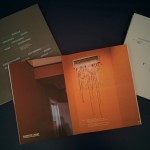 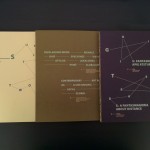 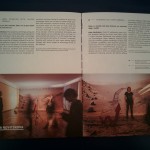 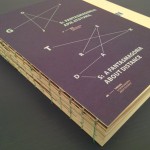 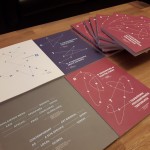 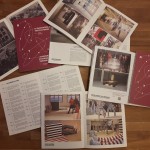 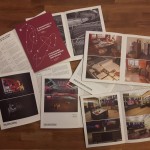 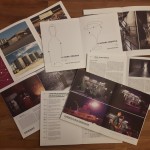 The paper catalogues are available via e-mail order. Please write to: ana@biennial.lt 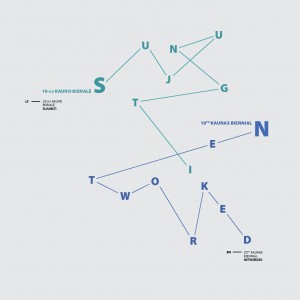 The catalogue of the 10th Kaunas Biennial covers the rich programme of contemporary art exhibitions, residencies, studies, workshops, live sound and electronic shows as well as educational events for persons of all ages and interests. The Kaunas Biennial 2015 under the title “Networked” initiates and analyses connections, encounters, confrontations and forms of [post] communication caused by art. The artistic director of the project is Virginija Vitkienė, Doctor of art criticism, while the author of the main exhibition Threads: A Fantasmagoria about Distance is curator and writer Nicolas Bourriaud. 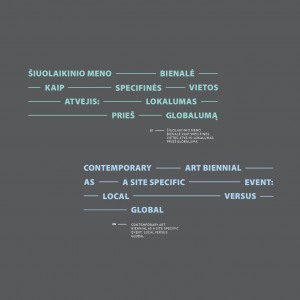 The tension between the locality of the region and the globality of the art world remains a key aspect of contemporary art biennials. In order to once again reflect on the phenomenon of global culture, this publication dedicated to the 10th Kaunas Biennial presents articles and interviews from Lithuanian and international art historians, curators and culture managers analysing the paradox of locality vs. globality in the history of the phenomenon of biennials. Most of the texts draw on cases studies to look for answers to the questions: can or should biennials become experimental platforms reconsidering relationships between locality and globality? Can they get involved in an active dialogue with the local cultural field and at the same time reassess their goals? Can they have long-term impact on local art scenes and local communities? Can they avoid superficial recycling of cultural values and serve as public forums for local communities? And, finally, what is the future of glocal biennials? 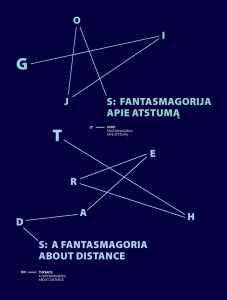 THREADS: A Fantasmagoria about Distance

In a globalized and digitalized world, how does art deal with transportation, real time communication? What is the current shape of the presence/absence dialectics? How do artists present absent realities? “Move bits, not atoms”, said the web activist Nicholas Negroponte in the 1990s. The way artists embroider stories in a mixture of fictions and social reality, inhabiting the interstices between the real, the illusion, the image and its interpretations, seems to connect to the ambitions of the 18th century’s “fantasmagorists” — their will to include the viewer into total environments that recall our installations, the way they combined scientific ambitions, esoteric knowledge and spectacular practice. As a metaphor, Threads also stresses the parallels between today’s art and the spectacle of fantasmagory, focusing on the similarities with this proto-movie theatre both in terms of techniques and intellectual issues, and leads the way to another possible history of art, where feature films and installations would share a common ancestor. 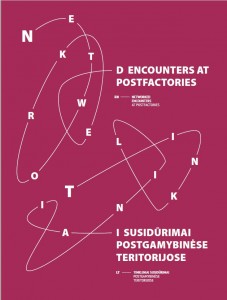 This catalogue finalises Networked Encounters, a two-year (2015–2016) series of cultural events and publications, which included the 10th Kaunas Biennial. Different sections of the programme were created and presented in Lithuania and other countries by partners from Italy (Arte&Arte), Croatia (LAB 852), the United Kingdom (Crafts Council). The idea to publish the fourth catalogue of the project introducing interventions of the Networked Encounters, funded by the EU programme Creative Europe, into post-industrial spaces was born the moment we opened the doors to the derelict textile factories in Kaunas and their former glory. The spaces magnetised, stoked our imagination and inspired new, previous unplanned works. All of the works of the series presented in the Kaunas factories were created during the project implementation and were closely tied to the history of Drobė factory and the Synthetic Yarn Factory and their impact on urbanisation, economy and morale during the Soviet period of industrial prosperity, as well as to their significance in the context of the modern city. This publication also speaks about the activities of the project’s partner LAB 852 in the town of Jelsa on a small Hvar Island in Croatia in the summer of 2016. Our partners organised an intervention of audiovisual installations and community arts in the former Dalmacijavino winery, which has suffered a fate similar to that of the Lithuanian textile factories in which the bankrupt company was sold and resold.