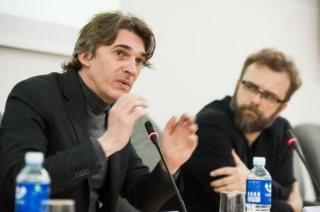 N. Bourriaud will curate the principal exhibition of the Biennial entitled “Threads: A Phantasmagoria about Distance”, in which the artists from all over the world will present their works. By placing emphasis on the new forms of communication the curator aims to highlight the notion of distance [currently a particularly relative concept]. The curator has taken the inspiration for the exhibition theme from the extremely popular theatrical phenomenon of the 19th century – phantasmagoria, a certain kind of cinema, and as N. Bourriaud explains, the predecessor of artistic installations: END_OF_DOCUMENT_TOKEN_TO_BE_REPLACED 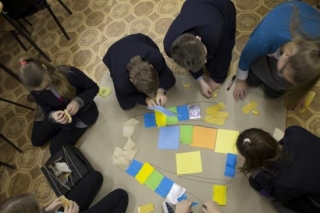 Kaunas Biennial continues an educational program for pupils, which has been such a great success in 2013, and this fall has introduced creative lessons for Lithuanian pupils.

Through October 20 – December 5, 2014 the pupils of Kaunas city and county schools were presented with a creative class, “Physical properties of materials”, which was designed for 5-6 graders. Students had the opportunity to observe, touch and reflect on the work of art, and with the help of it gain the knowledge of the concepts of Natural Sciences in a non-traditional way, and exercise their creativity.  END_OF_DOCUMENT_TOKEN_TO_BE_REPLACED 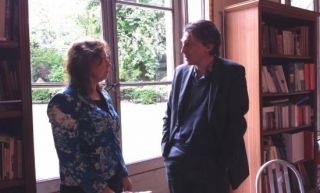 Kaunas Bienial Board is glad to announce Nicolas Bourriaud as the curator of 10th Kaunas Biennial, which will take place through September – December, 2015 in Kaunas (Lithuania).

Nicolas Bourriaud, born in 1965, is the Director of the Ecole Nationale des Beaux-arts de Paris since December 2011. Before heading the Studies Department at The Ministry of Culture in France, he was Gulbenkian Curator for Contemporary Art at Tate Britain in London (2007/ 2010) and advisor for the Victor Pinchuk Foundation in Kiev. He also founded and codirected the Palais de Tokyo, Paris, between 1999 and 2006.

As a curator, he recently organised Estratos in Murcia (2008), Altermodern at Tate Britain, London (2009) and The Great Acceleration (Taipei Biennial 2014).He published well known and broadly discussed theoretical essays, including Relational Aesthetics (1998), Postproduction (2002) and Radicant (2009). END_OF_DOCUMENT_TOKEN_TO_BE_REPLACED

THE SHROUD OF TIME 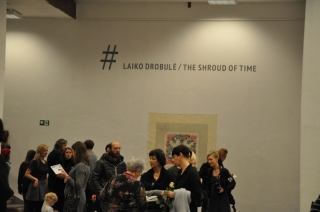 THE SHROUD OF TIME – Lithuanian contemporary textile art exhibition was opened at Kaunas Picture Gallery this Friday (14th November, 2014). The exhibition offers a view of contemporary culture in two overlapping dimensions: materiality (as warps) and the flow of time (as wefts). The shroud, if we are to think along the metaphorical lines of the Shroud of Turin, marks culture, heritage, customs, habits and beliefs. From a material perspective it plays an integral part in its tactile relationship to our body: enveloping, wrapping, protecting, concealing, bandaging or simply being there. In these categories time is the connecting, experiential and site-specific link. Thus, in this Lithuanian textile collection the metaphor of the shroud of time surfaces as a reflection of life and history through tactile, readily available mediums, such as textiles, lace, needlework, thread and clothing. The title of the exhibition was determined by observation of Lithuanian artists’ practice over the last three years, which has shown that the meanings of the works are influenced by textile tools or their symbolic values. END_OF_DOCUMENT_TOKEN_TO_BE_REPLACED 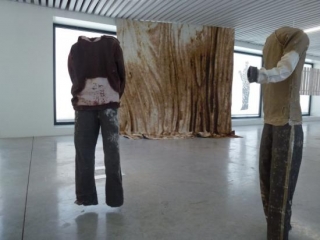 Lithuanian contempporary art collection THE SHROUD OF… was presented at the opening of CONEXTILE biennial (2nd edition) in Guimaraes / Portugal. Beside other invited countries’ (Estonia and Spain) exhibitions and competitive show THE SHROUD OF… will be on view at Casa Da Memoria from 27th of July till 11th of October, 2014

END_OF_DOCUMENT_TOKEN_TO_BE_REPLACED 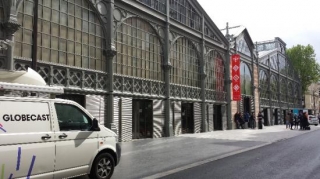 From 24th to 28th April together with my colleague Ana Čižauskienė we participated in an international seminar “Young Creation Companionship” held in Paris. The meeting place was quite extraordinary: artists and cultural sector workers (event producers and artist managers) from eight European countries (France, Germany, Hungary, Croatia, Sweden, Lithuania, Spain and Greece) were invited to the opening of a brand new cultural centre Le Carreau du Temple, which has received endless publicity. The French certainly realise what public spaces are and should be as well as their, as community members, right to them: there were queues throughout the whole weekend with people hoping to get a glimpse inside the new cultural centre. The new multifunctional building, which will be administered by Mezzanine Spectacles organisation, has more than 6,000 square meters of space with theatre and dance studios as well as a sports hall, a recording studio, spaces for workshops, cafes, a concert hall and a black box for theatre productions. The institution is partly supported by the municipality of the city of Paris and partly by projects and leasing of premises for concerts and theatre events. This model of partial support has become commonplace in most European cultural institutions. Since it’s opening in May 2014 Le Carreau du Temple will exist as an incubator for interdisciplinary initiatives by young European artists as well as a platform for international projects. END_OF_DOCUMENT_TOKEN_TO_BE_REPLACED 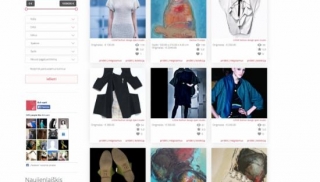 Until March 25th we invite you to vote for Kaunas biennial virtual project Art-Cart in Lithuanian internet awards LOGIN. The website is nominated in two categories – Start of the year and Electronic store of the year. You can give your vote to our project HERE.

Art-Cart is Announcing an Exclusive Competition 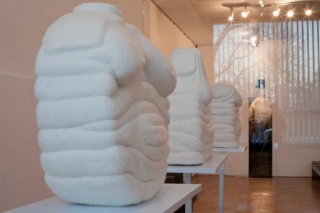 Virtual contemporary art platform Art-Cart is announcing an exclusive competition, where any artist registered at Art-Cart website can participate in the competition. All artists, who have registered on the website and have uploaded their works for sale, have a chance to win an invitation to hold a personal exhibition at the Kaunas Picture Gallery (address: 16 K. Donelaičio street, Kaunas) that is part of the National M K. Čiurlionis Museum. The competition is open to all artists, designers, individuals and groups. END_OF_DOCUMENT_TOKEN_TO_BE_REPLACED 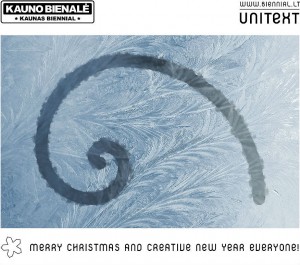 Special thank you to all of you who were with us during the 9th international Kaunas Biennial “UNITEXT”. To this great event, which gathered thousands of people, we have to say one more time BIG THANK YOU to our great artists, big Biennial team, VOLUNTEERS and of course, official sponsors of Kaunas Biennial. We can sincerely say that without you, we wouldn’t have had such a big and successful event.

END_OF_DOCUMENT_TOKEN_TO_BE_REPLACED

The Contextile team invites all artists to participate in the competitive international exhibition which assigns a Acquisition Prize.

After the recognized success of the 1st edition in 2012, we are organizing the Contextile 2014 – Contemporary Textile Art Biennial, from July 26 to October 11 2014, in Guimaraes / Portugal,  maintaining the same philosophical and artistic array: putting textiles in another context, contemporary art.