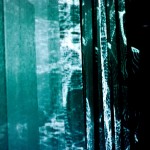 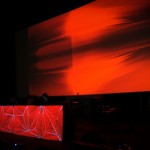 BIONICS. Audiovisual performance and installation VERSUS, 2013 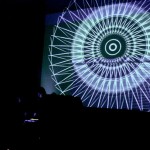 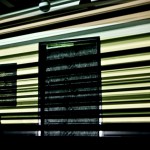 “Cotemporal Encounters: Interdisciplinary Approaches to Sound, Memory and Place” is an interdisciplinary art residency programme, during which twelve emerging sound and visual art practitioners from European countries, including Lithuania, Italy, Croatia, Greece, Norway, and Denmark, will come together to conceptually explore a number of disused architectural sites in Kaunas, Lithuania. Curated and organized by Kaunas Biennial 2015, the residency is being held between 21st September and 4th October 2015 in Kaunas, Lithuania. Using the city’s unique architectural heritage (specifically focusing on disused textile factories) as the main source of inspiration, the participating artists have been working in groups producing collaborative sound and audiovisual installations as well as performances. Through unique conceptual encounters, they have been encouraged to consider the notion of Cotemporality (a possibility of an extended time; coexistence of multiple temporalities within the present time) in relation to sound, memory, and place, as a theoretical discourse as well as practice. The final residency artworks can be witnessed at Kaunas Žilinskas Gallery as well as other architectural locations in Kaunas between 3rd and 4th October, 2015.

The chosen disused buildings and sites could be perceived as resonating debris, echoing with their historical, political, and social narratives, hidden underneath the silences of the slowly disintegrating visual architectures. Built before or during the Soviet regime, the spaces reverberate with the chaotic political past; their temporal aural residues can be felt even today. Using sonics as a conceptual tool, the artists have been conceptually exploiting the city’s socio-political history embedded in the architectural leftovers. Whilst re-collecting and construing the potential histories and memories surrounding the buildings, the artists have simultaneously conceptually connected with the forgotten sites, in this way extending their possible duration, and bringing the sites back out of their immobile state into the present, consequently introducing a new conceptual environment of cotemporal encounters, where past, present, and possible future coincide.

Using experiential art practice methods (interdisciplinary collaborative work is one of the chosen approaches), the residency artists have been scrutinizing the proposed issue of Cotemporality in relation to the ever-permeating sonic echoes of the disused textile factories, whether through its immediate or historical presence, or the archive material. By connecting and juxtaposing different variations of temporality (the extended duration of the present, historical time, or the abstract possible time of the future), the participants have sonically immersed themselves in one of the chosen disused architectural sites, questioned its historical inescapabilty in relation to the present, and have been producing new art works as a result. Through the immediacy of the spaces, as well as the abstract and material residues surrounding the sites, the artists have been discovering and conceptually absorbing the forgotten spaces, this way reviving them back to the present using the art of sound and the audiovisual.

“The coexistence of different temporalities, of different ways of being in relation to time, experienced in the midst of a growing sense that many kinds of time are running out, is the third, deepest sense of the contemporary: what it is to be with time, to be contemporary.”[1]

“The word “contemporary” has always meant more than just the plain and passing present.” [2]

When referring to the convoluted formations of today’s art practices, professor and art historian Terry Smith points out that whenever referred to, “contemporary”, as a representation of the “present”, “now”, or “this particular moment”, axiomatically exceeds that precise temporal point or event.[3] According to Smith’s description of Cotemporality above, the present contemporary time introduces a possible coexistence of different temporalities within the time of now, within this particular moment, this way multiplying and augmenting itself, consequently forming a complex web of temporalities. By persistently attaching itself to the past and the impending future, it immediately goes beyond the current moment, and thus becomes duration.[4] Contemporaneity aggregates heterogeneous times, periods, and places, this way constructing a notion of the multiple, where contrasting elements in the world (whether temporal, spatial, immediate, perceptual, historical, or impending) begin to intersect, converge, and reverberate.

Here, the questions of the contemporary being and time (both explicitly scrutinized in Heidegger’s seminal publication)[5] can be appropriated within the realm of today’s art practice. Smith demonstrates a number of distinct ways in which a being can be in the contemporary world: “being in or with time, even of being in and out of time at the same time”[6]. These relational definitions present us with a conglomerate of durational variables, located within an audiovisual space (the world), which enable us to interrogate the spatio-temporal continuum of making art and experiencing art: a network of cotemporal encounters. If temporality has become extended within art practice today, then, it is important to ask the question: how do contemporary artists respond to the new formations of the continuously wavering duration in relation to sound, memory and place? Considering sound’s ability to travel through spaces and history in time (whether through voice, technology or the subconscious), embodying our bodies, memories and the material objects around us, is it possible to identify a conceptual link between contemporary art practice, sound, place and memory through the notion of Cotemporality?

Sound, as an eradicator of barriers and walls, has been permeating spaces since the initial formations of the earth[7]; it is almost impossible to experience any space without its acoustic dimension.[8] Due to its temporal condition, sound is able to mobilize what is usually experienced as a static visual space, and transform it into a spatio-temporal transient arena. Such relentless interferences of sonic vibrations expand the architectural spatio-temporal qualities. Whether it is through our sounding bodies, audiovisual memories, or technology-led aesthetic objects, the surrounding architectures speak to us and tell us stories, reverberate, disintegrate, echo, fade, and re-appear; thus, acoustically, they persistently remain active. Therefore, when thinking about cotemporal encounters, sound, as a theoretical discourse and practical tool, becomes a quintessential conceptual apparatus for questioning our perceptual attachment to architectural sites and places, as it enables us to scrutinize the relationship between the notion of cotemporality and aural place within the conceptual realm.

Using historical sites such as disused textile factories in Kaunas, Lithuania, the conceptual laboratory of the “Cotemporal Encounters: Interdisciplinary Approaches to Sound, Memory and Place” art residency programme explores the hybrid relationship between place, memory and sound as cotemporal in today’s art practice. 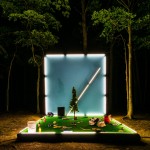 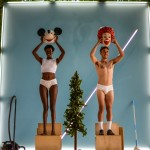 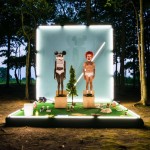